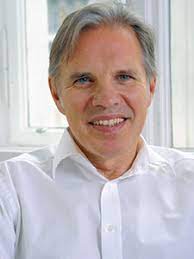 Dr. Ralf Kleef (1961 – 2021) died on December, 6th, from a Covid19 infection – we lost a friend who has essentially contributed to the development of fever-range WBH in cancer treatment.

Ralf has used heckel WBH systems since 1996. Stimulated by the preclinical and clinical findings of University of Texas at Houston and Roswell Park Cancer Institute Buffalo, he routineously performed the long-duration fever-range WBH in his private out-patient clinic in Vienna, using it mainly in the adjuvant setting to decrease the risk of recurrence (see, e.g., Kleef et al 2012) and in metastatic disease where standard therapies have failed. His interest in fever-range WBH was based on appreciating infectious fever as a natural mechanism, in which the increase in body-core temperature serves as an essential trigger for initiating and controlling an extraordinary immune response. In 2001, he published a review on fever, cancer incidence and spontaneous remissions. He has always been aware that fever-range WBH can just be used as one part of a multimodular strategy. In the past years he developed a combined treatment protocol including low-dose checkpoint inhibitors, IL-2, and hyperthermia. After presenting this approach and the first case report at the 3rd Immunotherapy of Cancer Conference 2016 in Munich, he gave reports in numerous conferences, and finally published on this method by case reports (Kleef et al. 2018, Kleef et al. 2021) and by a retrospective analysis of 131 stage IV cancer patients (Kleef et al. 2020).

We miss him so much and will deeply cherish his memory.